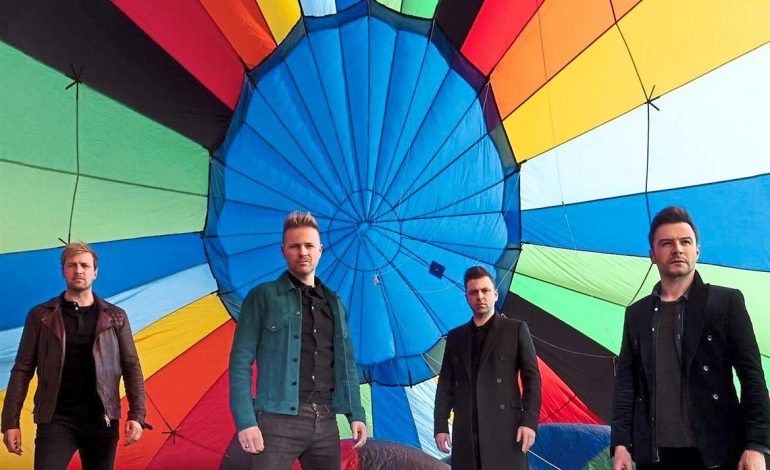 Irish group is definitely not just coasting along. After keeping a low profile for the past six years, the quartet – made up of Nicky Byrne, 40; Kian Egan, 38; Mark Feehily, 38; and Shane Filan, 39 – plans to come back with a bang – it’s celebrating the 20th anniversary of its formation with a new album and a tour. Former member Brian McFadden, who left the group in 2004 to pursue a solo career, is not part of the reunion.

“We call this Westlife 2.0 because we want everything that we do to be better than the last time,” Egan says.

The boy band, who was at the peak of its popularity in the 2000s, was in Singapore recently as part of a promotional tour following the release of its first single in eight years, Hello My Love.

The video for the song, which was co-written by pop star Ed Sheeran and produced by frequent Westlife collaborator Steve Mac, has already garnered more than seven million views on YouTube.

I think we’re in a lucky position because we’ve not just come back with a reunion and an average song. We have a superstar like Ed Sheeran involved,” says Byrne.

It is the first of three new songs that Sheeran co-wrote with Mac for the group.

Filan says they were penned about six months after the two collaborated on Sheeran’s 2017 blockbuster hit, Shape Of You.

“One day, they said, ‘Let’s write a Westlife song’ and, at that point, we hadn’t even talked about getting back together yet,” he says.

Months later, when a reunion was being discussed, Westlife’s manager got them into Mac’s studio to listen to the songs.

“It was one of those days you’ll never forget – just like the first time going in and hearing Flying Without Wings or Swear It Again – we had that feeling in our bellies,” Filan recalls.

With its “fresh and new” sound, the upbeat Hello My Love was a shoo-in for the first single, even though the group are better known for ballads such as If I Let You Go and My Love.

“Everyone was probably expecting the big ballad because that’s what we were famous for doing, but that’s one of the main reasons it’s good, because it shocked people a little bit,” adds Egan.

Besides the three songs, Feehily says the group is about halfway through recording its new album.

“We’re also recording and writing some songs. We don’t know the exact date the album will be finished, but we’re going full steam ahead with making it,” he says.

More than anything, the group wanted to mount a comeback because the four members missed making music.

“We went back to normal life, like taking our kids to school, taking the bins out on Friday and it was good to go and be out of the bubble of Westlife,” says Egan. “Because now, when we come back, we feel so energised and excited about it.”

While the group has announced The Twenty Tour, which kicks off in May and in which it will tour Europe, it is also planning an Asia tour.

That said, the band members admit they have some work to do before they hit the road again.

When asked if they still remember the choreography for their songs, Feehily quips: “We didn’t even remember it the first time around.”

Filan, on the other hand, is confident they will take to it “like a duck to water”. – The Straits Times/Asia News Network