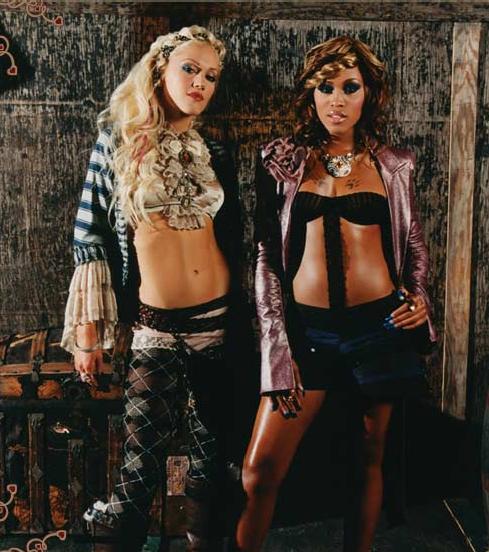 Gwen Stefani is going on tour in support of her first No. 1 solo album This Is What The Truth Feels Like and she's bringing along old time collaborator and rapper Eve -- making all our early 2000s dreams come true.

The "Misery" singer revealed the news across her social media platforms on Monday (April 18), and will kick off the tour on July 12 with Eve as the opening act on all dates. The two first collaborated over a decade ago for one of Stefani's early solo singles "Rich Girl" in 2004 and Eve's 2001 hit "Let Me Blow Ya Mind," which both peaked in the top 10 on the Billboard Hot 100. Eve's last release was Lip Lock in 2013 and most recently she stars in the Barbershop: The Next Cut.

General public tickets will go on sale on Friday (April 22) and the tour will run across the US into mid October.

Check out the tour dates here.