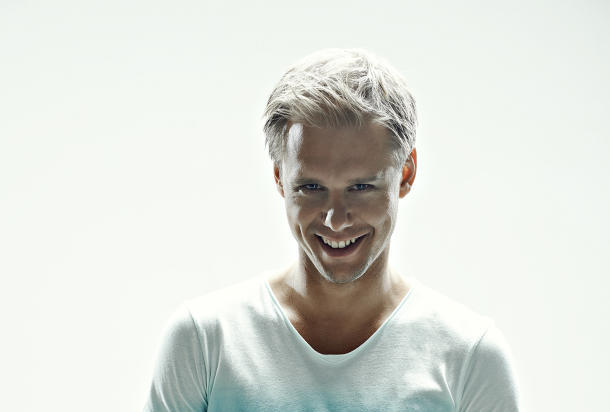 Armin van Buuren  is a Dutch music producer and DJ. He is known for mostly playing progressive trance and uplifting trance.

Van Buuren has won a number of accolades, including the #1 spot on DJ Magazine's Top 100 DJs fan poll a record of five times, including an unprecedented four consecutive years 2007, 2008, 2009, 2010 and again in 2012.He is currently the #2 DJ on DJ Magazine's Top 100 DJs poll for 2013. In 2014, he was nominated for a Grammy Award for Best Dance Recording for his single "This Is What It Feels Like", which makes him the fourth trance artist ever to receive a Grammy nomination alongside Tiesto, Paul van Dyk, and BT. In the United States, he holds the record for most entries (21) on the Billboard Dance/Electronic Albums chart. Since 2001, Van Buuren has hosted a weekly radio show called A State of Trance, which has 20 million weekly listeners in 26 countries (excluding online listeners).This radio show propelled him to superstardom and garnered an intense following of trance fans around the world. His 2008 studio album, Imagine, entered the Dutch album chart at No. 1, a first for a dance music artist in Dutch music history.

Armada Music was founded in June, 2003 by Armin van Buuren, Maykel Piron and David Lewis, whose names came together to form ‘ArMaDa’. For over 10 years, the record company has brought out records within the wide spectrum of electronic dance music. The label releases in the genres of: trance, house, progressive, techno, deep house, and pop music. From 2009-2013, the Dutch label was awarded the ‘Best Global Dance Label’ title from the International Dance Music Awards in Miami.Working with and managing some of the biggest names in the dance music industry, Armada is home to, among others, Dash Berlin, W&W, Aly & Fila, Cosmic Gate, and Armin van Buuren himself. Newer additions to the Armada artist roster include: David Gravell, Audien, Toby Hedges, and Andrew Rayel.

On 3 March 2010, Van Buuren was awarded with the Golden Harp, for his musical work and contribution to Dutch music, byBUMA/STEMRA at the 2010 Buma Harpen Gala in Hilversum, Netherlands.

To celebrate the 450th episode of A State of Trance, he performed with various artists at five shows across two continents. The locations were: The Guvernment, Toronto, Canada on 1 April 2010, Roseland Ballroom, New York City, USA on 2 April and on 3 April again, Expo Arena, Bratislava, Slovakia on 9 April and Centennial Hall, Wroclaw, Poland on 24 April.

On 23 June 2010, it was announced that Van Buuren's fourth studio album, Mirage was due to be released on 10 September. The first single "Full Focus", was released through iTunes Store on 24 June at midnight. The song peaked at number sixty in the Netherlands. One of the confirmed tracks from the album is a collaboration with English singer Sophie Ellis-Bextor called Not Giving Up On Love, which was released as a single from Bextor's fourth studio album, Make a Scene. Armin also wrote a song for English singer Seal, but due to the release of his greatest hits album, Hits, the collaboration never came together.

On 20 October 2010, Van Buuren won the award for Most Popular International DJ presented by The Golden Gnomes.

The 2010 edition of Armin Only: Mirage kicked off on 13 November 2010, in Utrecht, Netherlands, with more shows coming in Saint Petersburg, Kiev, Buenos Aires, Melbourne,Beirut, Poznań, Moscow and Bratislava.

To mark the 10-year anniversary and 500th episode of his weekly radio show A State of Trance, Van Buuren performed at five shows across five continents over five consecutive weeks along with various artists. The first show was held on 19 March 2011 in Johannesburg, South Africa at MTN Expo Centre. Miami's show was performed at the Ultra Music Festival on 27 March. Argentina held the third celebration of ASOT 500 at G.E.B.A. in Buenos Aires. The most important edition was celebrated at Brabanthallen in Den Bosch,Netherlands. Accompanied by more than 30 DJs from countries all over the world, the event was attended by over 30,000 people. The event was radio broadcast live to over 30 countries.. The final show was held in Sydney, Australia on 16 April at Acer Arena.

On 30 April 2011, Van Buuren was appointed Officer of the Order of Oranje-Nassau for services to Dutch dance and music economy. That year he also received the Key to (Freedom) of Leiden from the City Mayor, as well as being voted No. 2 in the 2011 DJ Mag Top 100 DJs Poll.

To celebrate the 550th episode of A State of Trance, he performed with various artists on 2 different continents during 4 weeks. The show was called A State of Trance 550: Invasion. The first event was celebrated at Ministry of Sound in London on 1 March 2012. On 7 March, Moscow held the second event at Expocentre. Kiev's show was performed at International Exhibition Centre on 10 March. On 17 March, as part of the Beyond Wonderland festival in Los Angeles and on 25 March at the Ultra Music Festival in Miami. On 31 March, the biggest and final edition of ASOT 550 took place in the Brabanthallen of Den Bosch, Netherlands.

On 19 October 2012, Van Buuren was announced for a 5th non-consecutive year as the world's number one DJ according to DJ Mag.

To celebrate the 600th episode of A State of Trance, Van Buuren announced that he will perform with various artists all around the world. The show was called A State of Trance 600: The Expedition. It was the biggest event and has been announced for the following locations and dates: Madrid on 14 February 2013, Mexico City on 16 February, Sao Paulo on 1 March, Minsk on 7 March, Sofia on 8 March, Beirut on 9 March, Kuala Lumpur on 15 March, Mumbai on 16 March, Miami on 24 March, Guatemala City on 27 March, New York City on 30 March and Den Bosch on 6 April 2013.

On 2 March 2013, Van Buuren announced that his fifth studio album, Intense, was due to be released on 3 May 2013. The first single of the album, "This Is What It Feels Like", featuring Canadian singer-songwriter Trevor Guthrie, released on 5 April. The single was a success and made him the 4th trance artist ever to receive a GRAMMY nomination where the single was nominated for best dance recording. The tour for the album, Armin Only: Intense, was announced on October 17, 2013.

30 April 2013 saw the abdication of Queen Beatrix of the Netherlands in favor of her son, King Willem-Alexander of the Netherlands, who was crowned that day. Van Buuren was the headline act in a performance to a live audience celebrating the King's crowning in Amsterdam. While he was performing live together with the Royal Concertgebouw Orchestra, KingWillem-Alexander, Queen Máxima and their three daughters made an unplanned visit on stage.